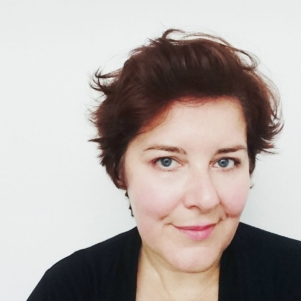 1. Angela – you’ve had your fair share of success in poetry competitions, most notably perhaps the “2018 Laureate’s Prize for Best Single Poem” selected by Carol Ann Duffy. Could you tell us what that meant to you? And how important prizes are to writers and to poets in particular?

I have been very lucky! I entered The Poetry Business’ International Book & Pamphlet Competition because their imprint Smith | Doorstop produce beautiful books and Liz Berry, whose work I love, was one of the judges. Contenders for the 2018 Laureate’s Prize for Best Single Poem were drawn from all the submitted manuscripts, with Carol Ann Duffy making the final choice. It’s a wonderful thing to have a piece of work picked out by someone of her stature. I felt I could now legitimately call myself a poet. I think each writer makes their own mind up about how important prizes are. They can be useful in helping a writer or a piece of writing reach their best audience which is why I curate a monthly list of poetry competitions and opportunities. There’s no doubt that certain awards can launch or consolidate a career – The Forward Prizes and National Poetry Competition in the UK, or the Patrick Kavanagh Award in Ireland. For me, the anonymity of a competition has always been the biggest pull and the opportunity to put my work in front of poets I admire. There’s no greater test of a poem’s effectiveness than to have it picked from a pile of as many as two thousand other poems. I like that the work stands or falls on its own merit.

2. In an essay published in The Lonely Crowd critiquing a selection of your own poems, you said that “Poems, like forests and fairy tales, are places to grow and change…” Could you elaborate on that?

No-one who enters the fairy tale forest emerges quite the same as when they went in! The essay talked about writing poems from life and how it’s not enough to simply transcribe events as they happened. The facts must be put under pressure, pass through a crucible and be tempered in some way in order to become a poem. When I was writing my debut collection ‘How to Lose Your Home & Save Your Life’ (Bradshaw Books, 2014), I drew heavily from life and the act of putting real events on the page created a necessary distance from the emotion of the experience. Once they were on the page, it became a different kind of problem – how to shape it, what language to use, what do I want it to say? Ideally, the truth of the facts become subverted by the truth of the poem.

3. Do you feel that your Scottish roots have any bearing, directly or indirectly, on your work?

I don’t actually have Scottish roots. My parents are Irish immigrants who moved to Scotland in the 1960’s – I’m second-generation Irish and a citizen from birth – and while I may not be Scottish, I do identify as Glaswegian! I moved to Dublin in 1999 and it was ten years later before I began writing in any serious way. Apart from my love of reading as a child, the only aspect of my life in Glasgow that impacts on my work are the elocution lessons my mother sent me to when I was four years old. I studied for nine years, including four years of formal exams through LAMBDA in London. In those classes, I discovered poetry, even curated mini-collections, and developed an instant and long-standing resentment toward William Carlos Williams, after being asked to read his ‘Landscape With Fall of Icarus’ on sight in an exam at the age of twelve. Happily, we have now reconciled.

Angela is facilitating “Poetry: So You Think Your Poem is Ready to Publish?” on Sunday 29th September 10.00-12.00 in St Cronan’s BNS, Vevay Crescent (off Vevay Road) To book a place, email: blfwkshops@gmail.com